The 9 Best Museums in Hawaii! 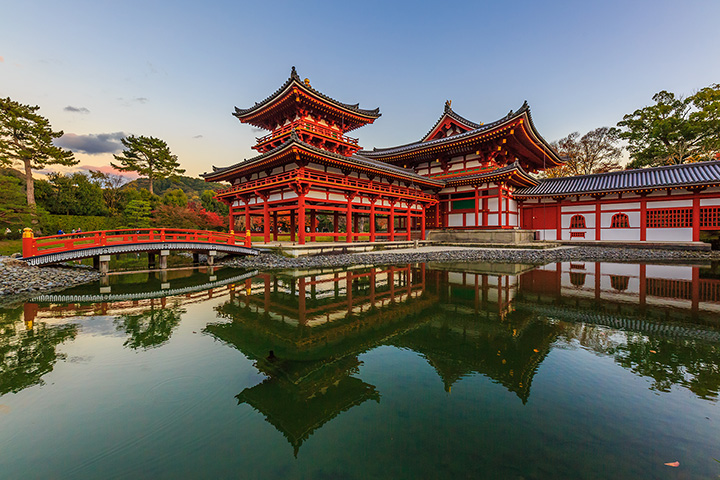 Hawaii isn’t just a place to vacation, or a place for surf sessions and wave breaks. This paradise is home to a rich culture that dates back for many centuries. From the fascinating Polynesian heritage woven deeply into the roots of the state, to significant historical events in U.S. history, Hawaii has a museum to cover it all. Here are the 9 best.

The Bernice Pauahi Bishop Museum, selected as the Hawaii State Museum of Natural and Cultural History, is a museum of history and science in the history-rich Kalihi district of Honolulu on the Hawaiian island of Oahu.

The Honolulu Museum of Art is the largest of its kind in the state, and was founded in 1922 by Anna Rice Cooke. This mission of this museum is to “bring together great art and people to create a more harmonious, adaptable, and enjoyable society in Hawaii.”

Shangri La is an Islamic-style mansion built by heiress Doris Duke just outside of Honolulu, Hawaii. The mansion is now both owned and operated by the Doris Duke Foundation for Islamic Art.

The site of the World War II bombings, Pearl Harbor is now home to many facets of history. The USS Arizona was a battleship built for and by the United States Navy in the mid-1910s. The ship and its crew was devastated on Dec. 7, 1941 during the Pearl Harbor attack by the Japanese. Located on the famous Ford Island, sits the USS Missouri, another American battleship, and the third ship of the Navy to be named in honor of the U.S. state of Missouri, and Pearl Harbor Aviation Museum, a non-profit founded in 1999 to develop an aviation museum in Hawaii.

The Lyman House Memorial Museum, or the Lyman Museum, is a Hilo, Hawaii-based museum of natural history founded in 1931 in the Lyman family mission house, which was originally built in 1838.

The Polynesian Cultural Center is a Polynesian theme park and living museum located in Laie, on the northern shore of Oahu, Hawaii. At this center, Pacific island people “demonstrate their traditional arts and crafts and perform their lively songs and dances.” Get immersed in Polynesian culture at this fascinating living museum.

The HuliheÊ»e Palace is located in Kailua-Kona, Hawaiii, on Ali'i Drive. What was once the vacation home of Hawaiian royalty, is now a museum run by the Daughters of Hawaii, displaying beautiful furniture and artifacts.

The Byodo-In Temple is a non-denominational shrine situated on the island of Oahu at the Valley of the Temples. In August 1968, it honored the 100-year anniversary of the earliest Japanese immigrants to Hawaii.

HÄnaiakamalama, also known as the Queen Emma Summer Palace, was as a retreat for Queen Emma of Hawaii from 1857 to 1885, as well as for her husband King Kamehameha IV, and their son Prince Albert Edward. Today, the palace stands as a historic landmark, museum, and tourist site.

2500 Dole Street, Honolulu, HI
About Us : Endowed with a starter collection of artworks, The John Young Museum of Art opened in the renovated, historic Krauss Hall on the Unive... Read More

2131 Kalia Road, Honolulu, HI
Mission and Purpose The Society provides community leadership and financial support for the preservation of military history and the education of... Read More

The Honolulu Museum of Art

900 South Beretania Street, Honolulu, HI
Mission Statement: The Honolulu Academy of Arts is dedicated to the collection, preservation, interpretation, and teaching of the visual arts, and... Read More

2913 Pali Highway, Honolulu, HI
Mission : The Daughters of Hawai`i was founded in 1903 by seven women who were daughters of American Protestant missionaries. They were born in Ha... Read More

1525 Bernice Street, Honolulu, HI
Mission Bishop Museum's mission since founding has been to study, preserve and tell the stories of the cultures and natural history of Hawai'i and... Read More

858 Front Street, Lahaina, HI
The earliest Chinese to arrive on Maui came on trading or whaling ships. It was these men who helped to build tunnels and irrigation systems throug... Read More

319 Lexington Boulevard, Honolulu, HI
Our Mission:The mission of the Pacific Aviation Museum Pearl Harbor is to develop and maintain an internationally recognized aviation museum on For... Read More

2375-A Main Street, Wailuku, HI
Mission Statement: The Maui Historical Society shall collect, preserve, study, interpret and share the history and heritage of Maui. About Us: Bu... Read More

3957 Hansen Road, Puunene, HI
Our Mission: To preserve and present the history and heritage of the sugar industry and the multiethnic plantation life which it engendered. Our V... Read More

4050 Nawiliwili Road, Lihue, HI
Our kuleana is to preserve Grove Farm and Waioli Mission House museums, and other important properties, buildings, and collections, and to share au... Read More

4428 Rice Street, Lihue, HI
Mission The mission of the Kaua'i Museum is to inspire and promote in the community an appreciation and respect for the indigenous and immigrant pe... Read More

36-2377 Mamalahoa Highway, Laupahoehoe, HI
The purpose of the Laupahoehoe Train Museum is to preserve, promote and protect the historic, cultural, educational, social, civic and economic, in... Read More

3600 Kokee Road, Kekaha, HI
VisionHui o Laka illuminates, celebrates, and nurtures the essence of Koke'e, engaging all in a spirit of appreciation and service.MissionIn order ... Read More
Show More
Select a Hawaii town to find
the Best Things-To-Do and Places To Go around you