The 10 Bars to Celebrate the New Year in Hawaii! 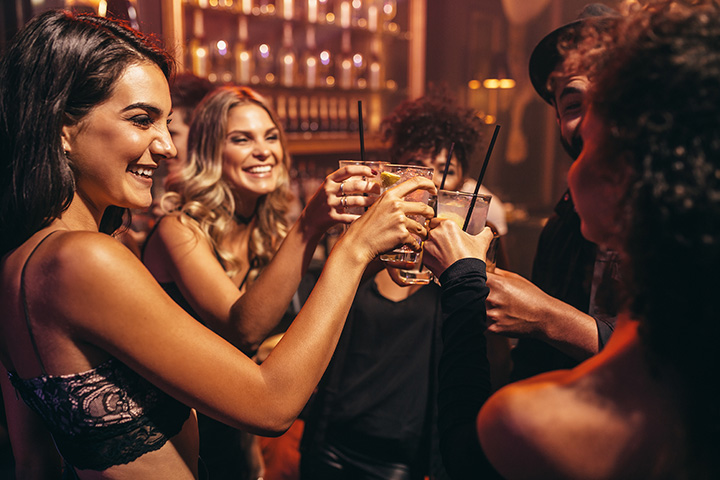 Whether you’re dancing along to some of the hottest DJs or playing it low-key just mingling with friends, these Hawaii bars are hosting some hopping New Year’s Eve events. With open bars, haute cuisine, and exclusive specials, check out these 10 awesome bars to celebrate the new year in Hawaii.

The NYE party at Fleetwood’s On Front Street is definitely one to purchase tickets for ASAP. This multi-floor restaurant and bar will host Dancehall Days on the main floor and Mick Fleetwood (from Fleetwood Mac) and Steven Tyler (!) on the rooftop. Numerous other special guests are listed as attending or performing, so this will certainly be a night spent rubbing elbows with famous performers. Part of the proceeds from ticket purchases will benefit Steven Tyler’s Janie’s Fund.

In the luxurious surroundings of the Moana Hotel, say farewell to 2017 with a lush under the sea party. This water themed New Year’s Eve party runs from 8 p.m. until 1 a.m. and includes live music, Polynesian dance, and mermaids. Children over three years old can also attend this party and they will be kept entertained with kid-friendly activities while parents get to enjoy the party.

Live entertainment under the banyan tree, cocktails in hand and sunset in view. There’s no better way to enjoy your Moana getaway. | PC: @mayahawaii325

Sky Waikiki nightclub is hosting a masquerade New Year’s Eve party with music played by William Lifestyle. This ticketed party includes food and an open bar from 8 p.m. until midnight. VIP reservations are also available and includes a premium menu. From Sky Waikiki, you’ll have the best view of the fireworks over Waikiki too!

Celebrate the end of 2017 with a delicious four-course prix fixe meal from 5 to 10:30 p.m. with an exclusive menu of seafood, steak, desserts, and more. Following the meal, ring in 2018 at an exclusive over-21 party at Tiki’s. The party features live music and sounds played by a DJ as well as views of the fireworks over Waikiki.

One of the biggest New Year’s Eve parties on Hawaii has to be the 18-and-over New Year’s Eve Festival held at the Kaka’ako Waterfront Park in Honolulu. This ticked event is headlined by the Chainsmokers, the Grammy Award-winning musicians, and some tickets provide access to the VIP upper level of the Sky Lounge. The event also features other bands, food trucks, and a firework show.

Got the opportunity to film Electric Palms Music Festival for @electricpalmshawaii this past summer! Thankful that i was able to capture these epic moments because I love to film and go to festivals. Here’s something i put together. This is day 1. ðŸŽ¶ðŸ“¸ðŸŽ¥ @electricpalmshawaii #EPMF2017 #electricpalms #oahu #hawaii #edm #patlock #sevenlions #kaskade Song: Freesol by @sevenlionsmusic ðŸŽ¶

If you feel like something a bit more casual for your NYE, head to Duke’s Waikiki for live music. Henry Kapono will play from 4 to 6 p.m. and Jeff James Duo will be performing from 9:30 until the countdown to midnight. As usual, Duke’s will have the bar open for drinks purchases and the kitchen will be open and serving dinner until 10 p.m.

No better place to be than @dukeswaikiki on a Sunday afternoon with Henry Kapono! #livemusic #waikiki @henrykapono

Celebrate the New Year in an exclusive atmosphere at La Mer restaurant at the beautiful Halekulani Hotel. This extravagant NYE event will feature a seven-course meal packed with special dishes such as caviar, lobster, Wagyu beef, and more. The meal will be held from 8 pm until midnight. Following the lavish meal, head over to Lewers Lounge to watch fireworks set off from Gray’s Beach, or simply enjoy the view from Lewers Lounge all night until 1 a.m.

Head to the bar Next Door Hawaii for a New Year’s Eve dance party from 9 p.m. until 2 a.m. Party-goers can expect great music from this popular underground music bar in Chinatown. If you want something a bit more exclusive, Next Door has a VIP loft on their second floor, which you can book tables for. Check their website and Facebook page soon for more details of the visiting DJ for the New Year’s Eve bash.

Vibe is hosting a NYE party beginning at 9 p.m. that will feature tons of great music. Hosted by DJ Kurt, #Poundtown, and DJ Blkshp, visitors will listen to the hottest music right now as well as take a trip down memory lane, listening to 2017’s top 40 playlist. Vibe is one of the coolest bars in the area and they’ve even been voted “Best Place to Dance on Maui,” so if you want to dance into 2018, Vibe is the place to do it.

To really splash out this New Year’s Eve, look no further than that New Year’s Eve four-course menu at the exclusive Banyan Tree. Meals will feature premium ingredients such as a caviar bar and a glass of Dom Perignon with your meal. Dinner seating is at 5:30 p.m. and 8:30 p.m. and reservations should be made in advance.