The 8 Best Spots for Gelato in Hawaii! 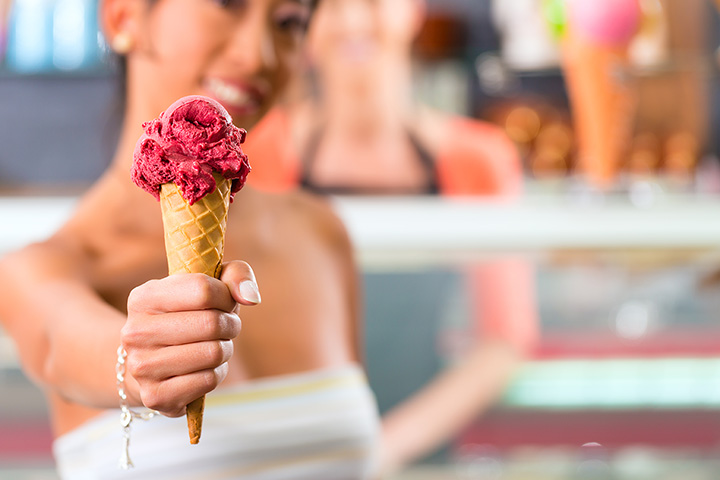 Made with less cream, no egg yolks, and described as smoother than ice cream, gelato is a unique frozen dessert that is definitely worth sampling. Traditionally an Italian dessert with origins in Florence, you can now find authentic gelato even as far away as Hawaii. Beat the heat in Hawaii with an ice cold, creamy scoop of Italian-style gelato from one of these amazing spots.

You will definitely say, “yum” with every spoonful of gelato at Via Gelato in Honolulu. Their spectacular flavors include butterbeer, chai, pumpkin chocolate pretzel, and salted caramel with coffee crumble. We’re sure that you’ll have a difficult time deciding on your favorite flavor, as each and every flavor is perfectly conceived. Do be sure to visit early as their flavors tend to sell out by the end of the day!

Expect spoonful after spoonful of creamy gelato when you order a heaping cup from Il Gelato Café. Everyone will find their favorite flavor here as they serve coconut, macadamia nut, Kona coffee, chocolate ginger, stracciatella, and more.

Opened by an Italian man about 30 years ago, La Gelateria has been serving some of the islands best gelato and sorbettos. You can taste a scoop or two of their gelato or sorbetto at the Gelato Bar in Nordstrom. Indulge in rich flavors such as caramel with dark chocolate and sea salt, pistachio, Kona coffee, and green tea.

Drown your flavorful gelato with espresso to make an affogato or simply eat it as is at Hawaii Gelato. Hawaii Gelato features traditional flavors, such as pistachio, but also has a special flavor called Lahaina Sand, which is chock full of salted peanuts, coconut, and caramel, that you can only try here. All the gelato served at Hawaii Gelato is made fresh daily and there are 30 flavors available!

Enjoy the sweet marriage of Hawaiian flavors with Italian-style gelato at Papalani Gelato. This gelateria serves creamy Hawaiian gelato that incorporates tropical flavors such as banana, coconut, macadamia nuts, and more. For that extra something special, you can create a gelato cookie ice cream sandwich, which uses freshly made chocolate chip cookies and their delicious gelato.

My absolute favorite dessert on Kauai... Papalani Gelato! We have this almost every day when we're here every year on vacation. And they always have at least two no sugar added flavors that taste amazing! Honestly, my diabetic dream. ðŸ¦ðŸ§ðŸðŸŒº#mazerfamilyvacation2017

This coffee roastery, bakery, and gelateria serves a wide range of delicious treats. After grabbing a bag of their rich coffee to brew at home, how about ordering a few scoops of their flavorful ice cream and gelato? On the menu, you’ll find roasted banana and salted caramel, roasted hazelnut with sea salt, smoked kokoleka and berries, and more delicious flavors.

Go big at Paia Gelato and order a large, which gets you three flavors of gelato in a cup. Sample their sparkling dragonfruit gelato, or perhaps try stracciatella. Whatever you decide, you know the flavor will be spot on. A specialty at Paia Gelato are their brownie gelato sandwiches, which is composed of a scoop of gelato stuffed between two homemade brownies.