The 6 Best Comedy Clubs in Hawaii! 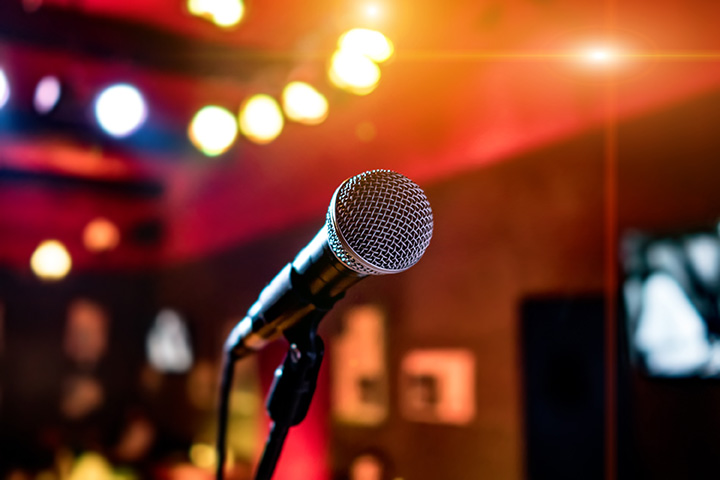 Sunshine, the sounds of ocean waves, and comedy? What could be better? Hawaii is a special place for stand-up comedy as there isn’t anything better than catching some good laughs in Paradise. From well-known national acts to local comics, Hawaii has a diverse range of venues hosting these great comedians. Here are the six best spots!

Comedy U is held on Wednesday nights at Anna O’Brien’s, another Irish pub where smoking is to be expected. The show begins at 8:30 p.m. and continues on with back-to-back performers for several hours. The show brings in acts from other islands, and on occasion from the west coast. The comedy ranges from gut laughs, to raunchy, to more cerebral, but there is something for everyone to appreciate and enjoy (just don’t bring the kids).

Improve HI is less comedy show and more about interactive improvisation classes for everyone who wants to learn, from kids, to business professionals, to aspiring actors and comedians. Improv is an effective and fun way to improve interpersonal relationships and communication skills.

This is an entire evening experience, complete with cocktails, appetizers and dessert. No two shows are exactly alike, but all combine magic and sleight of hand with comedy interspersed throughout. Warren Gibson has been performing here for years.

More magic than comedy, but with comedy incorporated throughout, Kozy puts on quite a show. There aren’t many options for comedy or live entertainment on the island, so if you are staying anywhere near the Kohala coast, you should definitely check out the show. The venue is fairly small, about 50 people or so, and the audience is invited to participate in the set.  You will certainly leave wondering how he was able to pull some of it off!

My Bar is a bar in an industrial part of Kailua-Kona, with little to say by way of ambience, but with reasonable drink specials and an interesting crowd. My Bar draws many local comedians, but also some bigger names from the west coast and other parts of the mainland USA. Performers from Comedy Central and The Laugh Factory stop here when they visit the Big Island. Prices are reasonable too!

Hilo Town Tavern is the place to see live comedy in Hilo. The atmosphere is a bit more like a dive, but with good food and great vibes. Acts ranging from local to famous from the islands and beyond make a point to stop in here to perform when they make it out to the Big Island. On nights when comedians are not performing, you’ll find jazz, local Hawaiian musicians, and more.

View more Hawaii Comedy Clubs.
Select a Hawaii town to find
the Best Things-To-Do and Places To Go around you