The 9 Best Bakeries in Hawaii! 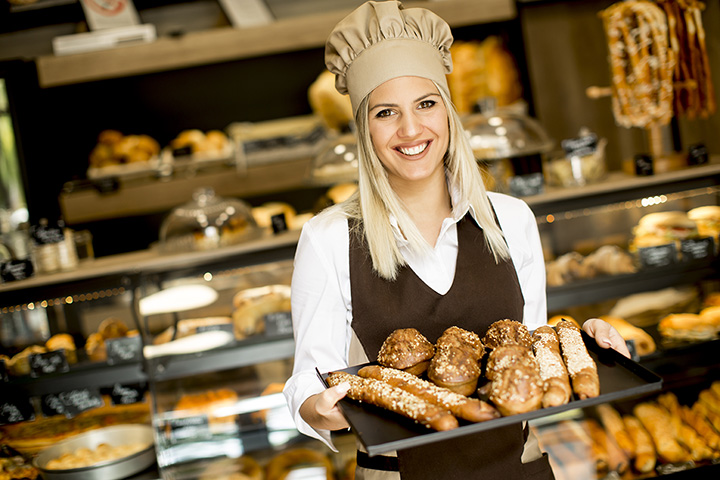 No trip to Hawaii is complete without a taste of Hawaii’s unique pastries and desserts! Check out this list of the 9 best bakeries in Hawaii, and experience the sweetest side of the islands. You’ll find everything from the traditional pie to Japanese mochi or Portuguese malasadas, which perfectly showcase the diverse culture of this tropical state. Taste the exotic flavors of lilikoi, guava, coconut, and poi, and you’ll wish every bakery had sweet treats like these!

Located in Kaimuki, Oahu, near the famous Diamond Head crater, Leonard’s Bakery is arguably the most popular bakery in Hawaii. It’s quite noticeable, as its large, glowing sign is reminiscent of the 1950s. While Leonard’s does sell a variety of pastries, their main attraction is their malasadas. Malasadas are a traditional Portuguese pastry that can best be described as a soft donut covered in sugar without a traditional donut hole. This pastry comes in many flavors, such as cinnamon sugar, li hing (a tart dried plum powder), haupia (coconut cream), and more. Started by a family of Portuguese immigrants, Leonard’s is a proud representation of local culture on the island.

Whether you’re looking for a meal, pastries, or both, Liliha Bakery is a must if you want to sample the flavors of the islands. Take the poi mochi donut as an example. Poi is a Hawaiian dish made from pounded taro roots, mochi is a Japanese dessert made from pounded sticky rice, and donuts are the quintessential American pastry. Once combined, you’ll have a donut as purple as poi and a texture that’s somewhat gummy, like mochi, yet ultimately cake-like as in a donut. The list of tasty pastries could go on forever, but other popular items include coco puffs (in several flavors including green tea), ensemadas, green tea rolls, guava cupcakes, large cakes (including guava blossom and banana royale), and much more.

During your trip to the North Shore of Oahu to watch the big surf, a stop at Ted’s Bakery is an absolute must. Ted’s bakes many different pies, including flavors that you can’t find anywhere else in America. Hawaiian style pies generally include tropical ingredients like coconut haupia or pineapple, and at Ted’s, you’ll find delightful combinations like pumpkin haupia pie, chocolate haupia pie, and pineapple cheesecake. Get them in slices or as a whole, and perhaps take them with you to the beach that’s right across the street. Ted’s also serves plate lunches, which typically include an Asian-influenced main dish of meat, sides of rice, and macaroni salad.

If you like poi donuts and malasadas, Kamehameha Bakery should be your number one stop on the island. Not quite a malasada from Leonard’s or a poi donut from Liliha, these poi donuts are the best combination of both worlds. Honestly, these delightfully purple and sugar-coated donuts are so addicting that you’ll find yourself ordering multiple boxes for any celebration or family event.

T. Komoda Store & Bakery is the spitting image of a Hawaiian bakery, with its green and white paint job on an older building, that is reminiscent of a plantation house. The go-to pastries at this bakery include guava malasadas and donuts on a stick. The perfect portable treat, these donuts on a stick come in flavors like macadamia nut, rainbow sprinkle, and coconut.

Rather an unconventional choice, Maui Specialty Chocolates is known for their mochi, a pounded, sweet, soft Japanese rice cake. Traditional mochi is often filled with azuki, red beans, which offer a slightly sweet taste and grainy texture to the otherwise subtle mochi flavor. For those with a sweet tooth, Maui Specialty Chocolates makes a variety of somewhat Americanized mochi flavors and chocolates. The favorite of locals state-wide is likely to be the crunchy peanut butter and chocolate mochi, but while you’re there, you may purchase their dark chocolate mochi as well.

If your Hawaiian adventure takes you to the Garden Isle of Kauai, be sure to stop by Passion Bakery Café. You’ll find that some of their pastries and bread, such as their mild whole wheat sourdough bread, is actually made from organic flour. Buy a loaf, order a tofu scramble or a “croisscone,” a croissant and scone combo, and a cup of Kauai coffee on this beautiful and lush island.

Turnovers, sweet bread, shortbread cookies, and more, Punalu’u Bake Shop is a beautiful bakery with pastries so fresh that they look too good to eat. The malasadas here are quite fluffy and plump and come in flavors like lilikoi, mango, taro, and guava, and the sweet breads, which come in similar flavors, are prepackaged and ready to go for those who are traveling away from Hawaii. There are so many other wonderful goodies to buy here at the self-proclaimed “Southernmost Bakery in the USA!”

Like Maui Specialty Chocolates, Two Ladies Kitchen serves up many styles and colors of soft mochi. Brownie, strawberry, nectarine, and lilikoi are just a few of the flavors of mochi available to customers, but also try some of their manju. Manju is another Japanese treat that has been modified to local tastes—think of a sweet ball of pie crust surrounding azuki bean paste.

View more Hawaii Bakeries and Pastry Shops.
Select a Hawaii town to find
the Best Things-To-Do and Places To Go around you